I like to think of myself as a
pretty open person. I don’t try to hide very much about me because then people
don’t get to know the real me, just part of me. Whatever my relationship with
someone is, I don’t want to only give pieces of who I am as a whole because
that isn’t me. That being said, there are some things I don’t share because
it’s too hard to explain or it’s something I’m not terribly comfortable with
talking about. But there are still some things that people don’t know or may
have forgotten about me. So, on the tenth day, I give you ten fun facts.

1. I am demisexual. Demisexual is on the asexual spectrum. I don’t feel sexual
attraction to anyone without having some sort of emotional connection. That
isn’t to say that I don’t think people are attractive, but its best explained
that I don’t have feelings for people. I don’t have crushes, or if I do they
are seldom, and I often don’t think of it as a crush for quite sometime. I’m
still straight, but I just don’t have any sexual attraction without really
knowing the person.

2. I wanted to be a forensic
anthropologist. I liked to watch Bones
when I was in middle and high school and thought that Bones’ job was so cool.
Junior year of school I took a marine science class and was instantly
intrigued. I then realized that I didn’t have a lot of money to go to school
for forensic anthropology, and some gross things, not all, are even too gross
for me to handle. I would choose the ocean’s creatures over finding out how
someone died any day. 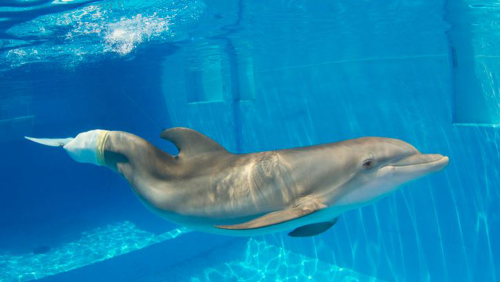 3. I want to have a career
in marine rescue, rehabilitation, and education. Another reason I chose
this major and career was because I watched the movie Dolphin Tale. If you haven’t seen this movie, it’s about a dolphin,
Winter, rescued by Clearwater Marine Aquarium in Florida. Winter lost her tale
after being tangled in a rope and a crab trap and later received a prosthetic
tale. 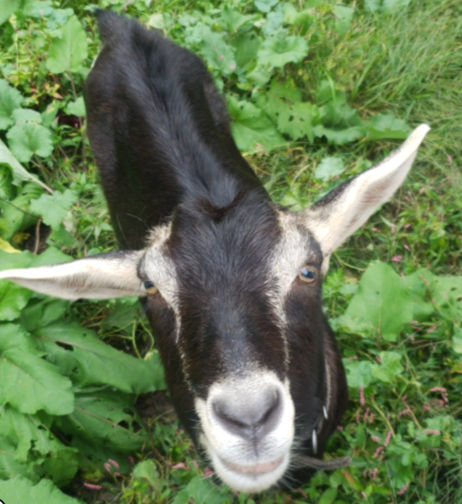 4.I once helped raise a
goat in my bedroom. I grew up on a “mini farm” and have had goats my whole
life. I have also missed every single goat birth while living here. On March 7,
2014, my goat, Rosie, was due to have her kids, and I was going to be allowed
to stay home from school to help for the first time ever. Well, March 6th
rolled around and Rosie gave birth to three kids which, if you are unaware, is
not common as goats generally only have two kids. None of my family was home so
the neighbors helped Rosie. Abby was the runt and was rejected by her mother
and brothers almost instantly. With it being early March and not yet warm, Abby
wasn’t strong enough to be out in the barn 24/7 with her family, so we put a
dog kennel in my room where I was basically her parent when I was home from
school and helped clean her kennel, feed her, and play with her.

5. I have a tattoo. I
got my first tattoo with one of my best friends on her birthday in July. My
tattoo is a ladybug on a dandelion seed and my friend’s (sixth) tattoo is a
dagger. Though I didn’t stop showing it to people for a while once I had it, it
is on my leg close to my ankle so I keep forgetting that I have it and so do
other people. Out of sight, out of mind, I suppose.

6. I am horrible with names.  If I don’t see you every day or I don’t know
you that well, I will not know who you are. At camp, it takes me almost the
entire week to know who the campers are. As a Starbucks barista, I am still
unsure of my regulars’ names, and a year into my job, I’m now too afraid to
ask. People in school, forget it. Once the semester is over, I don’t remember
anyone. People who have known me basically since infancy, I probably forgot you
too. Best bet, just assume I cannot remember who you are. 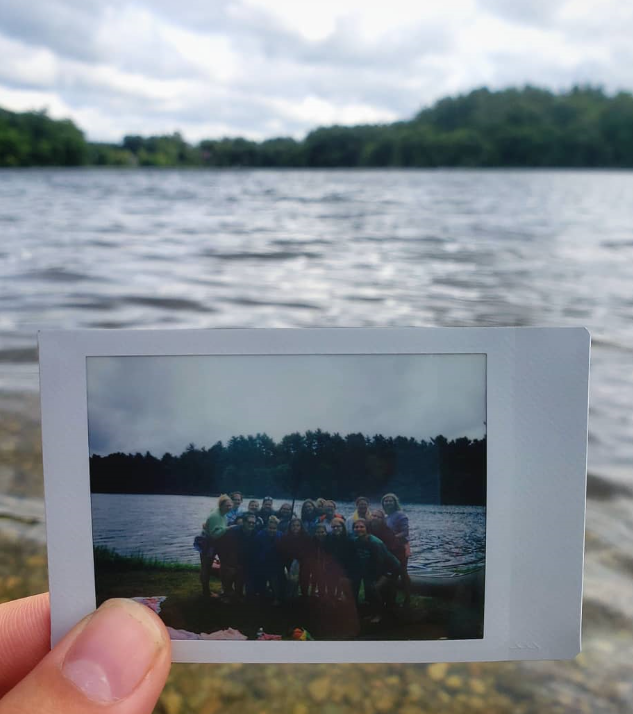 7. My favorite season is
summer. As you’ve heard from previous posts, I don’t like the cold and I
grew up in New England. I am lucky enough to live in the south coast where
beaches are only about a twenty-minute-or-so drive. I love to explore beaches,
go kayaking, swimming, and paddle boarding (my most recent activities since I
got my first board this summer). I could do the activities all year but I’m not
fond of freezing while doing them.

8. I want to adopt. I
love the idea of having my own child and one day I would like to, however, I
also like the idea of giving another child a home and a family. I have always
liked the idea of adopting and I know it is a long process, but it is one that
I would be very willing to go through to give a child what they deserve. 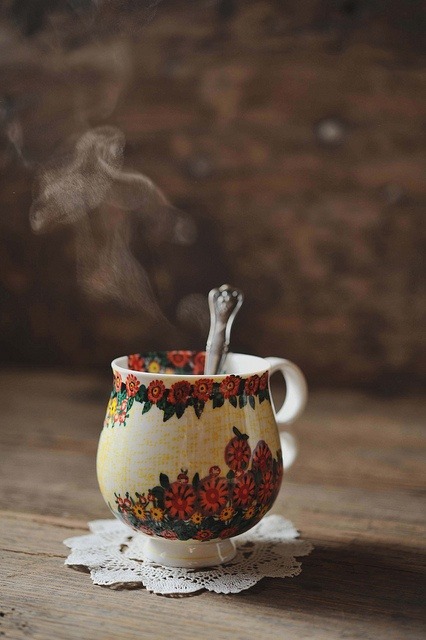 9. I started writing a book.
I got about half way through before I was getting over whelmed trying to
balance everything. My book is on hold at the moment, but it is not forgotten,
and I can’t wait to finish it.

10. I collect mugs. It started
back when I really obsessed with tea. Then it became an additional obsession
with mugs. It was only a real problem when I moved and had to find a way to
safely transport close to fifty mugs.

I hope you learned some new
things about me. If not, then I guess I’ll really have to dig deep to find some
that no one knows.

Thank you for taking the time to
read this. I appreciate it more than you know. If you liked it, I encourage you
to share this post on Facebook, Twitter, Tumblr, etc. for others to enjoy as
well as to get the word out about Thirteen Miracles