I have mentioned that I am in this organization called Rainbow but I keep saying I’ll explain it later. Well instead of explaining it later and making this post about just my outfit (though it is cute, it is not the most entertaining thing to read), I will tell you what Rainbow is.

The International Order of the Rainbow for Girls is a nonprofit Masonic youth organization for girls founded in Oklahoma in 1922 by Rev. W. Mark Sexon. Rainbow teaches various skills such as public speaking and citizenship. At least in Massachusetts, we have meetings twice a month where we recite “ritual”. Our ritual is just our lines or parts that we say for formal parts of the meeting like opening and closing and when we initiate new members. Through our ritual we learn public speaking because we
have to memorize our offices (or parts) and recite in front of a room of people (which sounds scary but there aren’t always a whole lot of people). We also do a lot of community service with volunteering, clean-up days and a whole lot more. Basically, if you can think of a type of community service, at least one
assembly has done it.

During our meetings we have different positions that all have a lesson to teach like Faith, Hope, Charity,
Love, Nature, Fidelity, etc. Each one teaches us what it is called. Though we have positions called Faith and Religion, we don’t discriminate against any religion. Because the organization was founded and written by a reverend, a lot of our ritual has quotes from the bible. I myself am not a religious person and
we encourage all girls to join despite their religious backgrounds and beliefs. We also have positions in Rainbow that allow us to have leadership roles in the assembly where we learn to plan and host various events and trips.

Each jurisdiction is different and we all do things a little differently. I am in Massachusetts and here we
wear floor-length white gowns during our meetings. But I know that other jurisdictions wear colored dresses and gowns. We also have different traditions, like our Majority services are different (when we age out of the organization), our Grand Assembly’s vary a little bit (our jurisdictional meetings), and a
whole lot more. With an organization that spreads across the globe, there are bound to be differences. 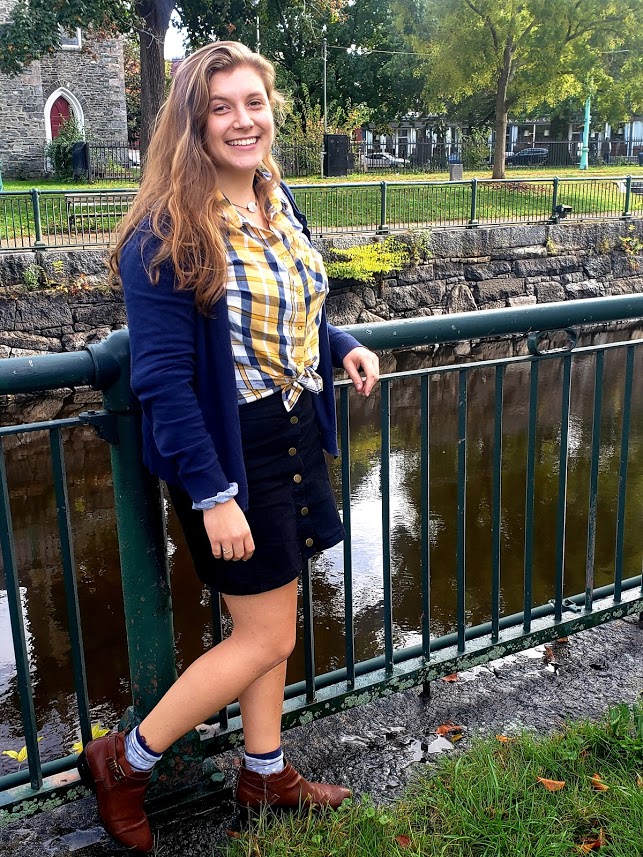 I have been involved in rainbow since I was eight in 2004. At the time, I wasn’t old enough to be a Rainbow girl so I was in Pledge. Pledge is to Rainbow as Daisies is to Girl Scouts. It is a way for the younger girls to be involved before they can join. At the age of eleven I was able to join my local Rainbow Assembly, Middleboro #58. The funny thing is, though, when my mum, a former Rainbow girl, asked if I wanted to join Rainbow, I said no…multiple times. I was told I was going to try it and if I didn’t like it, I could quit. Well I am now twenty-two and I will be having my Majority service in three weeks exactly. For me that is fourteen years of community service, leadership, and friendship, and I couldn’t imagine them any other way.

Well now for the original intention of this post: my outfit of the day. My main outfit for the day was a
black skirt from Shein.com and a blue, yellow and white plaid shirt from Primark. My brown boots are from who knows where and the blue sweater is from my mum’s closet. 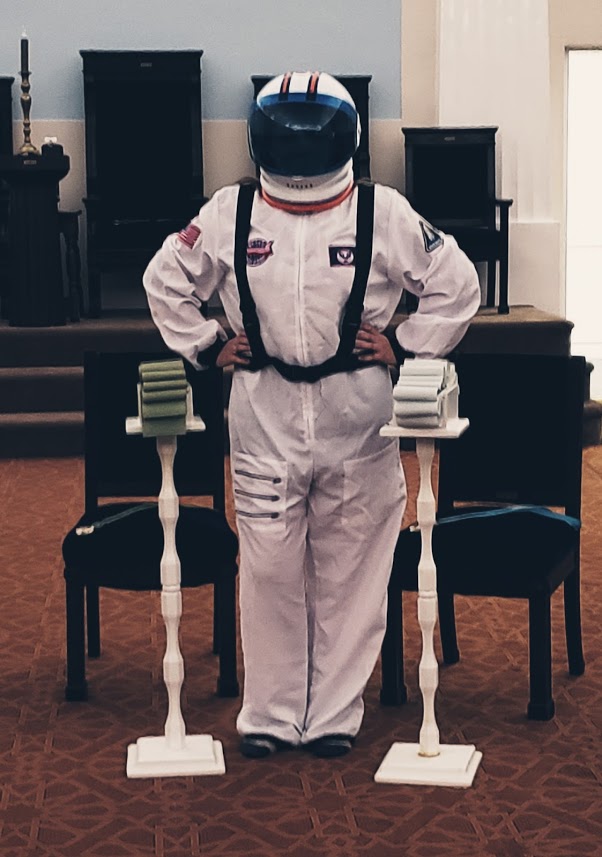 The reason I say “main outfit” is because while writing this post I was asked to reprise my role as the astronaut for the Grand Representative drill at our Grand Officer’s Night (our state-wide meeting). Our theme for the state is “Aim for the Moon” and when the theme was revealed in June, I was the astronaut. So, my secondary outfit today was a spacesuit.

I hope you learned a little bit about Rainbow and what has been such a big part of my life for over a decade. If you or someone you know might be interested in Rainbow, here is a link to the Supreme (international) website.

Thank you for taking the time to read this. I appreciate it more than you know. If you liked it, I encourage you to share this post on Facebook, Twitter, Tumblr, etc. for others to enjoy as well as to get the word out about Thirteen Miracles.